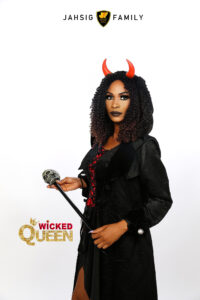 Afrobeat kum highlife artiste, Wicked Queen whose real name is Agatha Oduro was born in the mid 80s. She attended schools both Ghana and in Copenhagen, Denmark. She graduated as a health care assistant in Social og SundhedsSkole København, Denmark,  and a trained military woman in both Ghana and in Denmark. 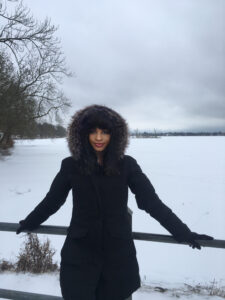 Wicked  Queen was raised in Burma Military Camp, Accra Ghana. She was a sports girl during her secondary school days in Abuakwa State College, Ghana. She became sport captain during those days in high school. She was a long distance runner (cross country, 1,500 meters, and 800 meters). Also, she  played volleyball and table tennis She was active in sports also in the Armed Forces when she served. Due to her tenacity and zeal in sports, she won several awards for her high school and in the military in Ghana. 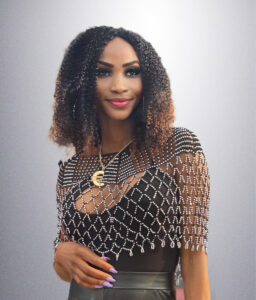 In her military career, she has been in Peace Keeping Operations in Lebanon during her service with the Ghana Armed Forces.

Agatha Oduro is a mother to 4 beautiful children, two of which are girls and the two others being boys who were all born and live in Denmark with her. She was crowned as the prosperity Queen of  Bouyom in Ghana in 2019. 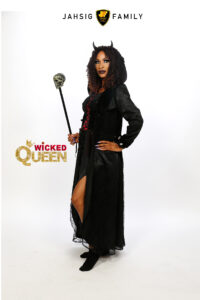 Wicked Queen has always been known as a woman of virtue who frowns on laziness, ill energy and indiscipline. Although she looks very hardcore outwardly, she has a heart of gold and she is very trustworthy.

As a go getter, it has always been her passion to play a pivotal part in the music industry in Ghana. In this vein, she began her own Record Label, Jahsigfamily Record Label which birthed so many artistes and a recording studio called Jahsig Studios located in Accra. 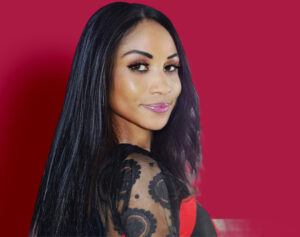 Wicked Queen is also an event organizer who organizes a yearly event called Afro Dressup Festival in Copenhagen, Central City Hall. Other events she hosts are African Women’s Day in Denmark and Ghana meets Denmark in Ghana. She also has a foundation called Afro Dressup Foundation in Ghana that takes care of the poor and needy in the society.

Her own music career began in 2019 when she released her debut single, My Hero under the Artiste name, Agaqueen Jahsig. She then released a tribute song for her late father a year after. She then comes out with a new funny but satirical song dubbed, ‘Wicked‘. The song didn’t come alone but came with a change in her artiste name from Agaqueen Jahsig to Wicked Queen. The song is accompanied by a classy comical video which features celebrities like Ayittey Powers, Nana Yeboah, Sunsum, etc. 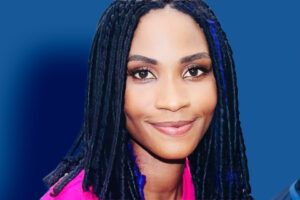 Wicked Queen has assured fans that she is in the music business for good and promises to bring them nothing but wonderful songs to entertain them.

King Paluta, a Ghanaian musician, has lost his father.
The My Lord hitmaker shared the sad news of his father’s death on social media, writing:
“I Lost my Dad Yesterday Morning, Mr. Joseph Kwaku Sarfo. He was a good man. He wasn’t only a father to me but also my very good close friend. I really miss him so much already. Rest In Peace

Daddy. Till We Meet

Several fans and loved ones have expressed their condolences to him and his family since the announcement.
The cause of death for Mr. Joseph Kwaku Sarfo is now unknown.

We extend our condolences to King Paluta. 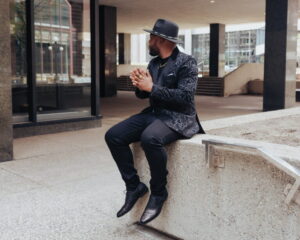 Multi talented Ghanaian entertainer and philanthropist, Jagonzy is celebrating his birthday today. Jagonzy, born Julian Kojo Asiedu has paid his dues to the Ghanaian Showbiz in the diaspora. 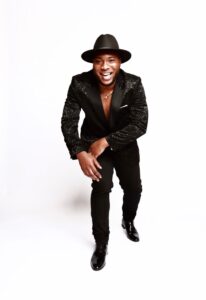 The award winning entertainment mogul, is the Co – Founder  of the Shutdown Franchise that hosts parties and concerts that brings together all cultures under one roof in most parts of the USA. 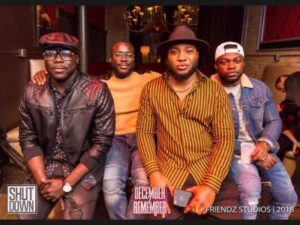 The super event promoter, who was born in 1989 has organized, worked with and promoted numerous successful shows for artistes like the legendary Kojo Antwi, Bisa Kdei, Kwaw Kese, Rema, Flavour, Edem, Medikal, Ras Kuuku and many more under the Jagonzy brand and the Shutdown Franchise. 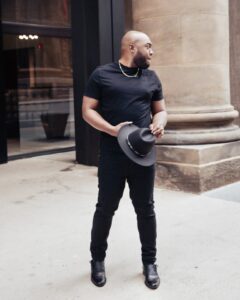 Jagonzy is the first Ghanaian promoter to have released an album that has 18 songs which features 50 talented artistes. The album, “The New Chapter” which is his maiden, has received much love and support from the music fraternity in Ghana and Africa as a whole. 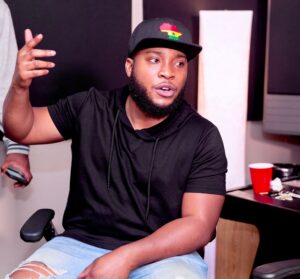 From the whole board of Ghvibe.com, we say a happy Birthday to you, Jagonzy. Enjoy your day full of blessings. 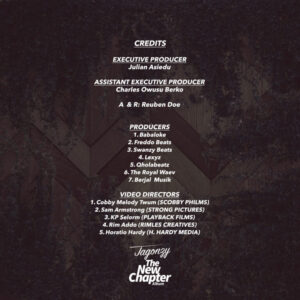 Check out his album, “The New Chapter” from below.