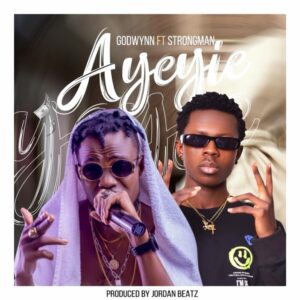 Promising Ghanaian recording and performing artiste, Godwin Mawutor Fordjour, known within the showbiz circles as Godwynn has finally published his most talked about jam.

Godwynn is a dynamic recording and performing artiste with a unique approach to making music. He’s well known for his song, ‘Holiday’ released few months ago and has amaased positive reviews from music enthusiasts.

After the music anticipation, the multi-talented Ghanaian singer, songwriter and entertainer has served his listeners and the entire music community with another potential hit single captioned; “Ayeyie”.

On ‘Ayeyie’, the duo speaks to the fact that, they’ve moved from ‘grass to grace’. The KonGrowth Records superstar, Godwynn loves doing music and is doing well in the quest for a successful musical career.

He has been constantly tagged as one of the very talented acts to watch out for in the coming years within the Ghanaian music circles. ‘Ayeyie’ is available on all streaming platforms. Take a listen below and don’t forget to share your thoughts with us !!! 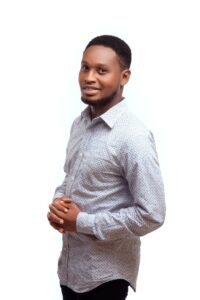 Young and talented animation music video producer and director, Zenock Gyimah-Amponsah, has always mentioned that he wants many Ghanaian creatives to invest more in the country’s animation industry.

As the years go by, he looks forward to having an all-star animation team in Ghana that will produce many animation music videos and movies.

Known as ZENKS, Zenock Gyimah-Amponsah is a graduate of the National Film and Television Institute of Ghana (NAFTI) who majored in Animation.

Following his love for video production, Zenock soon after he graduated from NAFTI ventured into the production of music animation videos for artistes in the country.

The animator for the past seven year has been involved in the production of animation videos for local artistes, helping to boost the animation industry in Ghana.

“I have been working in animation field for the past 7 years now. I have collaborated with various individuals in the animation and multimedia field of which some of the works gained international recognition and awards. I currently run an animation studio name ANIMATE 24”.

A few weeks ago, the chief executive officer of US-based Gavali Music contacted Zenock to produce animation video Charles Fanti, artiste on the record label to promote his song titled “Sake Of Love”.

Some of my notable works include EDEM (animated short which gained 10 international nominations), Tales of Nazir and We do Som (animated some of the characters), Blakk Rasta’s Mallam Tonga Animated music video and a host of others.

Zenock Gyimah-Amponsah has promised to lead a campaign which targets youths or the younger generation to take up animation.

For him, the dream is to see Ghana where there are many young creatives passionate about the art and producing animation music videos and films to promote Ghanaian music and culture. 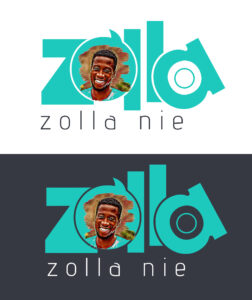 Digital music marketing is one of the essential procedures to an artiste needs to achieve greater things in his/her career.

Zolla Nie is one of the very few who are doing tremendously well for the Ghanaian music industry.

The music Marketer and talent brand manager is a dedicated personnel when it comes to working with a brand, a fast learner in areas where he has to adjust to execute a particular task.

Zolla Nie today which also marks his birthday, rebranded and outdoor his new logo to propel the image of his brand.

Zolla has worked with so many great celebrities in Ghana and even out of the country . He has work with the likes of Legendary Ebo Taylor and his son Roy X Taylor, Ghanaian Reggae and dancehall musician Ras Kuuku, OV formerly of BURNITON MUSIC GROUP which belongs to Stonebwoy, Ghanaian Gospel star Gifty Osei , Rose Adjei, Joyce Blessing, Volta Region Rap sensation Agbeshie , Kwesi Slay and Kumawood movie actor Kwadwo Nkansah Lil win.
With all these great personalities He has managed , he projected their brands to the next level as it’s required if him.

Because of his strong and interpersonal communication skills, he has been able to attain to the level of with working with International Kenyan singer-songwriter VICTORIA KIMANI as her publicist here in Ghana.

When you need a Digital marketer and a talent Manager , then we have you sorted .
You can contact ZOLLA NIE via all social media platforms.